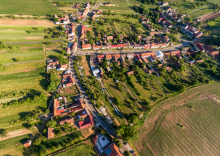 Model of the Solar system

The Solar system is called a system with planets orbiting around a star, the Sun. Among those planets is our very own planet Earth. The Mass of the sun is perhaps 330 000 times greater than the mass of the Earth and accounts for 99,8% of the mass of the solar system. The diameter of the sun is roughly 1 400 000 km, which is around 109 Earth diameters. Besides Earth, the Solar system is made up of eight planets, over 150 moons, and small bodies like asteroids, comets and meteors.

In order of their distances from the Sun, the eight planets are Mercury, Venus, Earth, Mars, Jupiter, Saturn, Uranus and Neptune.

For illustration of distances in the solar system the Astronomical unit was developed. The astronomical unit (AU) is a unit of length based on the distance from the Earth to the Sun. The value of one AU is nearly 150 million kilometres. For example Jupiter is orbiting at 5,2AU, which means that nothing else besides Jupiter orbits 5,2 times from sun, compared to Earth.

The planets in the Solar System are sometimes divided into two groups. The first one includes the four terrestrial planets (inner Planets) and the second one the four gas giant planets (outer Planets). The four inner or terrestrial planets have dense, rocky compositions. Gas giants are mostly composed of hydrogen and helium, water, ammonia, and methane and don’t have solid surfaces.

Mercury is the closest planet to the Sun and the smallest planet. Mercury’s surface is generally quite similar in appearance to that of the Moon. It is heavily cratered, has no natural satellites and no substantial atmosphere. Surface temperatures differ in large scale between day and night. Mercury orbits at a distance of 0,387AU, its diameter is roughly one third that of the Earth - exactly 0,38diameter of Earth - and its orbital period is 0,24 years.

Venus is similar in size, gravity, and bulk composition to Earth. However, conditions on the Venusian surface differ radically from those on Earth. It is the hottest planet, with surface temperatures over 400 °C, most likely due to the amount of carbon dioxide in the atmosphere. Venus orbits the Sun at an average distance of about 0.72AU, its diameter is 0.95 that of Earth and it completes an orbit every 0.615 years.

Earth is the largest and densest of the terrestrial planets. Earth orbits the Sun at a distance of 1AU=150mil. km. Its Diameter is around 12700Km, and its orbital period is 1 year. The orbital period of the Earth around the Sun is exactly one year as this is the definition of a solar year. Earth has one natural satellite, the Moon, which is the only large satellite of a terrestrial planet in the Solar System. The average centre-to-centre distance from the Earth to the Moon is 380,000 km=0,0026AU, about 400 times closer than the Sun. It is the largest moon in the solar system relative to the size of its planet. The Moon's diameter is 3,476 km,[6] a little more than a quarter that of the Earth’s (exactly 0.273 diameter of Earth). The Moon makes a complete orbit around the Earth every 29,5 days, around one month.

Mars is the second smallest planet of the solar system. Mars has two moons, Phobos (22km) and Deimos (12.6km), which are small and irregularly shaped. The atmosphere on Mars consists mainly of carbon dioxide and contains traces of water. Of all the planets, Mars’ seasons are the most Earth-like. As Mars’ greater distance from the Sun leads to lower temperatures, Martian surface temperatures vary on average about -30 °C but can reach to highs of up to 15 °C during the day. Mars also has Earth-like polar ice caps, but they consist of frozen carbon dioxide as well as water. These are visible by telescopes from Earth as white spots on the top and bottom of disk. Mars’ average distance from the Sun is roughly 1.52 AU, diameter is half of Earth (0.533) and its orbital period is 1.88 years.

Jupiter is the largest planet in the Solar System. It is composed largely of hydrogen and helium - primarily hydrogen with a small proportion of helium. Jupiter may also have a rocky core of heavier elements under high pressure. Surrounding the planet is a faint planetary ring system. Jupiter also has over 60 moons, including the four large moons called the Galilean moons that were first discovered by Galileo Galilei in 1610. They are Io, Europa, Ganymede and Callisto. The average distance from Jupiter to the Sun is about 5.2 times bigger than the distance from the Earth to the Sun (5.2 AU) and it completes an orbit every 11.86 years. Jupiter’s diameter is 11.2 times greater than Earth’s diameter.

Saturn is the second largest planet in the Solar System. Saturn is probably best known for its system of planetary rings, which makes it the most visually remarkable object in the solar system. The rings are made mostly of ice particles with a smaller amount of rocky debris and dust. The diameter of the rings are over 420,000km but the thickness is just few hundreds meters. Saturn has a large number of moons. There are sixty known satellites and the number is constantly being corrected with improvements in telescope capabilities. Titan is Saturn's largest moon with a diameter of 5150 km. Saturn's other major satellites are Mimas, Enceladus, Tethys, Dione, Rhea and Iapetus. The average distance between Saturn and the Sun is 9.45 AU, its diameter is 9.45 greater than Earth’s and it completes an orbit in 29.45 years.

Uranus is the third largest planet in the Solar System. Uranus' atmosphere, while similar to Jupiter and Saturn in being composed primarily of hydrogen (83%)and helium (15%), contains a higher proportion of "ices" such as water, ammonia and methane, along with the usual traces of hydrocarbons. Jupiter and Saturn are composed only from hydrogen and helium. Uranus was never recognized as a planet by ancient observers although it was observed much earlier than other Solar System planets but was misclassified as a star. Uranus has a weak planetary ring system and the rings are composed of extremely dark particles, which vary in size and can be up to 10 meters large. Uranus has 27 known natural satellites. The five main satellites are Miranda, Ariel, Umbriel, Oberon and Titania. The average distance from Uranus to the Sun is about 19,2 AU, its diameter is 4,0 times bigger than Earth’s and it revolves around the Sun once every 84,1 Earth years.

Neptune is the eighth and farthest planet from the Sun in the Solar System. Neptune has almost the same diameter as Uranus and Neptune is similar in composition to Uranus. Neptune's atmosphere is characterized by extremely dynamic storm systems in contrast to Uranus. It has a faint and fragmented ring system, which was confirmed by Voyager 2. Neptune has thirteen known satellites. The largest, Triton, is the coldest object that has been measured to date in the solar system,[103] with estimated surface temperatures of -228 °C. The average distance from Neptune to the Sun is 30.0AU, its diameter is 4,0 bigger than Earth’s and it revolves around the Sun once every 164,9 years. 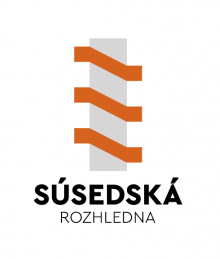